The National Rifle Association has selected 19-year-old Bailey Urbach of Hudson, New Hampshire to receive its 2015 Outstanding Achievement Youth Award. Bailey will receive a plaque along with a $5,000 check during the NRA Board meetings in September. 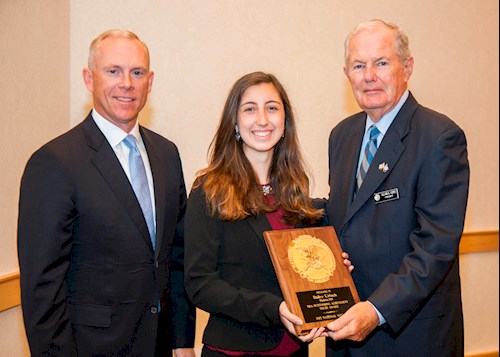 Bailey Urbach exceeded the core requirements with her dedication and accomplishments within the shooting sports. Bailey gives as much as she receives from the shooting sports by mentoring her younger teammates and others who can benefit from her expertise.

Bailey is a freshman at Ohio State University and a member of their rifle team. Bailey works hard and strives for excellence at the range and in the classroom. Bailey is a special young woman who gets as much from coaching younger members of her team as from her own shooting achievements.

A very academically strong student, Bailey is planning on becoming a doctor and specializing in brain surgery.