The National Rifle Association has selected 17-year-old Nathan Switzer of Newport News, Virginia to receive its 2010 Outstanding Achievement Youth Award.Nathan will receive a plaque along with a $5,000 check during the NRA Board meetings in September. 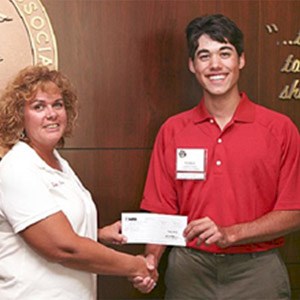 Nathan has gone above and beyond all criteria not just for this award, yet in almost every aspect of his life. From his first experiences shooting with his grandfather from the age of four to beginning to work on the Winchester/NRA Marksmanship Qualification Program at 13, Nathan has demonstrated a pure love of the shooting sports and determination to improve his skills in them. His involvement with the Winchester/NRA Marksmanship Program quickly led to him acquiring a double distinguished expert in 4-position smallbore and international air rifle. Nathan then began to employ these skills by participating in a variety of air rifle and pistol tournaments in addition to postal matches, achieving high rankings not only for him, yet also contributing to many team championships.

Though it is not his impressive maintaining scores that have earned him this honor, it is his dedication to the shooting sports community, volunteer work within his community, excellence in academics and determination for personal betterment within the sport. These factors are demonstrated through Nathan's involvement as a volunteer for the 30th Annual NRA Intercollegiate Pistol Championships held at Fort Benning, Georgia and as a volunteer and participant at the NRA National Junior Air Gun Tournament in Camp Perry, Ohio. He is also actively involved with his church group, is a student pilot, and plays the cello, all while maintaining a 4.0 in his high school studies.

Nathan's focus on personal betterment is exemplified in his participation in the NRA/USA Shooting Junior Olympic Development Camp for Pistol in Colorado Springs, Colorado in 2008 and the NRA Junior Pistol Camp at Camp Perry, Ohio in 2009. Nathan also credits the shooting sports for causing him to implement a very healthy lifestyle, which he discusses in his essay on "What the Shooting Sports Has Taught Me." He wrote: "Early on in my shooting career, I learned I needed to develop my body to achieve greater success in shooting." He also discusses the importance the shooting sports has had on his life as a whole in the essay. "Humility has been the hammer, shooting the anvil and life the forge that have shaped my soul in to readiness for life after college, in the workplace, in the home, and on the range."