The National Rifle Association of America has named 17-year-old Robin Maly, a high school student from Lodi, Wisconsin, to receive its 2001 National Outstanding Achievement Youth Award. The award was presented at a special ceremony, part of the association's 130th Annual Meetings, held in Kansas City, Missouri, May 18-22. 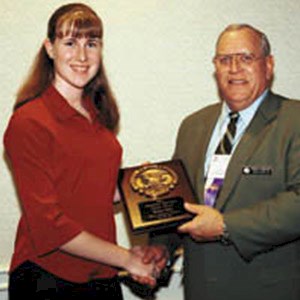 The award recognizes those NRA junior members who have been the most active in the shooting sports as exemplified by their individual participation, educational pursuits, and accomplishments. Core requirements include holding NRA membership and membership in an NRA-affiliated club or state association, completion of an NRA Firearm Training Course, participation in an NRA Marksmanship program, and submission of an essay of not more than 1000 words on the subject: "Why I Became Involved in the Shooting Sports."

Maly, in addition to meeting the base criteria, is an active competitive shooter in high power rifle and smallbore rifle, holding a High Master rating in the former and a Marksman rating in the latter. In March 2000 she earned a Distinguished Expert badge in the NRA Four-position Marksmanship program. She is the NRA 2000 National Intermediate Junior High Power Match Rifle champion. Maly is also active in NRA programs outside the competitive arena. She works with the Friends of NRA in the Madison area, helping to organize and manage fund raising activities to help support NRA safety programs. She is a graduate of the Wisconsin Hunter Education program and an active hunter. In 2000, she submitted three proposed designs for use as the official logo for the 2000 National Matches at Camp Perry, Ohio. One was judged as the runner-up in the annual contest.

Not surprisingly, Maly has attracted others, her sister and two cousins, to competitive marksmanship. "One of my greatest achievements," she wrote, "has been my involvement in the process of inspiring others to also take up the shooting sports. For me it is like completing the circle." She, her sister and both cousins look forward to the day when they can form a team at the NRA National Championships.

Outside of NRA, Maly is an exemplary young woman. She maintains a perfect 4.0 grade point average. A member of the high school forensics society and team, Maly's speech in defense of the traditional values of the Second Amendment, entitled, "2nd Amendment, An Outdated Institution or Foundation of Our Freedoms," has won her several public speaking tournaments.

"When we examined her application," said NRA Youth Programs Department Manager, Matt Szramoski, "it was immediately clear to all the judges, that Robin Maly was a young lady whose activities and achievements -- an honor student, a champion marksman, a compelling writer and speaker, and a role model for her peers -- make her the obvious choice for this first youth achievement award. We are proud of her and prouder still to have her as a fellow competitor and NRA member." 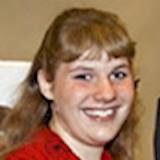