The National Rifle Association has selected 19-year-old Trevor Goin, of Prospect, Virginia to receive its 2016 Outstanding Achievement Youth Award. Trevor will receive a plaque along with a $5,000 check during the NRA Board meetings in September. 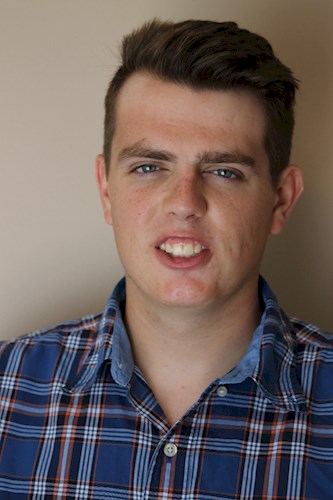 Trevor would never have imagined that the night his father dragged him to the Appomattox 4-H Shooting Sports enrollment meeting that it would eventually lead him here, to winning the Outstanding Achievement Youth Award.

That's what happens when you find your passion, and Trevor certainly has found that in the shooting sports.

Before enrolling in the 4-H Shooting club, Trevor was a very shy young man who was content to stay in his own little world and was petrified to speak in public. As his involvement with his club grew, so did his social skills and his shooting abilities.

Trevor met all of the core requirements and went well over the required elective requirements. Trevor is an all-around shooter competing in 4-H and Youth Hunter Education Challenge competitions. He excels in shotgun, where has won many trap and skeet competitions.

This young man has learned a lot about the various shooting disciplines from his instructors and mentors, but the most important thing he learned was to give back. Trevor is eager to help younger club members and volunteers at the shooting education camp and other avenues where he volunteers.

Trevor was selected to be a 4-H Ambassador to promote the Virginia Shooting Sports program, which meant he had to step out of his shell and learn to speak in public. As he does with everything, Trevor tackled this job and now loves speaking to folks about the shooting sports.

Trevor has earned his NRA Distinguished Expert in Rifle and Shotgun, making him a Double Distinguished Expert. As a member of Phi Theta Kappa National Honor Society, Trevor graduated from Southside Virginia Community College in May 2016 with highest honors. He will use his degree to pursue a career as a law enforcement officer.