The National Rifle Association has announced the selection of Melissa A. Stevens of Frostburg, Maryland, as the winner of the 2008 NRA Women's Wildlife Management / Conservation Scholarship. The scholarship, established by the Women's Policies Committee of the NRA, is administered by The NRA Foundation. It is a one-year renewable $1,000 award that is available to women who are full-time college juniors or seniors majoring in wildlife management and conservation, and who have a minimum 3.0 grade point average.

Commenting on the award, D. Cynthia Julien, NRA Board Member and Chairperson of the Women's Policies Committee, said, "I was extremely impressed by Melissa's qualifications for this award. The quality and variety of her numerous conservation activities and her field work are outstanding, and I am sure that Melissa will have a bright and fulfilling future in the field of wildlife management and conservation."

Stevens is currently a junior at West Virginia University, where she has been accepted into their Forest Resource Management Program. She previously attended Allegany College of Maryland where she was enrolled in its Forest Technology Program and maintained a 3.86 grade point average.

She has an extensive background of practical field experience, including working as a Natural Resource Technician with the Maryland Department of Natural Resources at Green Ridge State Forest. Stevens has also participated in numerous 4-H programs and activities, and has served as a Forestry and Animal Science Merit Badge Counselor for the Boy Scouts of America. In addition, Stevens created a GPS map of roads, trails, and boundaries for the Big Savage Sportsmen's Club in Maryland. She also served as a volunteer for the Northern Saw Whet Owl Banding Program in Garret County, Maryland.

Some of Stevens' other accomplishments include being listed in Who's Who Among Students in American Junior Colleges; receiving a Letter of Recognition in Leadership Development from Allegany College; being named to the Dean's List at Allegany College; and preparing materials for the Growing with Grains agricultural education program. In addition, she is a member of the Phi Theta Kappa Honor Society.

Asked about her scholarship award, Stevens thanked the NRA and said, "I am honored to receive the NRA's assistance in funding my higher education." Stevens entered her junior year at West Virginia University this fall. 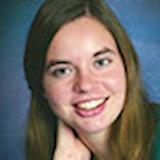 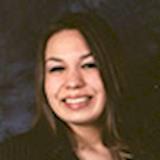 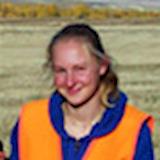 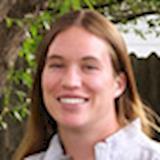