The National Rifle Association has selected Marlene Duncan of Lake Havasu City, Arizona, to receive the 2009 Marion P. Hammer Woman of Distinction Award. This award recognizes exceptional contributions to the preservation of the Second Amendment and the shooting sports through education, advocacy, volunteerism, and legislative activism in support of the goals of the NRA.

Marlene has volunteered countless hours to the promotion of the shooting sports and is an accomplished shooter herself. For 18 consecutive years, she has been the Chief Range Officer for the American Legion National Junior Shooting Sports Championships. Marlene has helped direct many Women On Target®Instructional Shooting Clinics and instructed JROTC and NROTC units in her area. As the only female CMP JROTC Master Marksmanship Instructor in her area, she periodically holds Junior Marksmanship Instructor Courses to certify JROTC instructors. Together with her husband, who is also an NRA Training Counselor, Marlene has trained over 3,000 NRA Certified Firearms Instructors since the 1980s. Marlene has served two terms as President of the Lake Havasu City Sportsman Club and four years as an officer with the Lemon Grove Club.

Marion P. Hammer, former NRA President for whom the award is named, said that Duncan has "proven her dedication to the preservation of the Second Amendment. [She is one of] the Freedom Fighters who are on the front line in our fight to protect and preserve our Second Amendment rights and freedom."

In his letter of nomination for Marlene, Michael Buss said she "performs her duties in a most professional manner and treats every athlete and coach equally and fairly. She is unflappable, possesses a thorough knowledge of the rules and makes everyone feel comfortable during the conduct of the match." Buss went on to say that Marlene's "loyal dedication to the shooting sports whether as an athlete herself, offering of her talents and expertise to conduct training clinics and seminars for adults and juniors, or serving as a coach at both the collegiate and high school levels."

Marlene is a NRA Benefactor Member and has volunteered for fifteen years withFriends of NRA. In the past two years she has successfully chaired her local committee despite a dreadful economy in her construction and tourism based town. In addition to the NRA, Marlene is a member of the Lake Havasu City Sportsman Club, Lemon Grove Rod & Gun Club, Roseburg Rod & Gun Club, Idaho State Rifle & Pistol Association, Arizona State Rifle & Pistol Association, and USA Shooting, the national governing body for Olympic shooting sports. 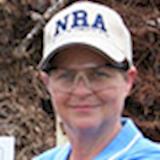 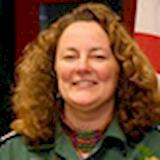 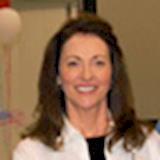 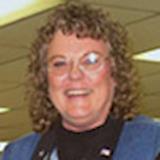 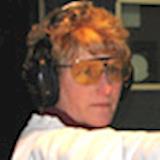 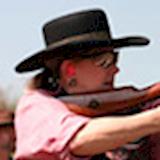